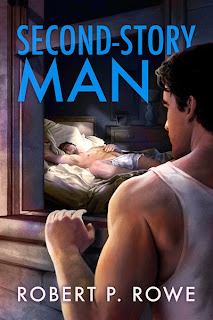 Offering a would-be thief a second chance is risky—especially when he could steal your heart.

Carlos had it all: a good-paying construction job, a truck, a rental house and his girl. Then he lost his job and everything else along with it. Desperate, he turns to crime—only to fail in his first attempt when he accidentally climbs into the wrong window. Carlos has to rethink his life when his victim becomes his only friend.

Michael has lost too many times in love. Prince Charming won’t be knocking at his door, with its do-not-disturb sign permanently in place, when fate finds Carlos climbing into his window. Michael’s compassion for this down-and-out lost soul turns to friendship. But Michael can’t allow things to go any further and still feel safe from heartbreak.

There are no accidents, and the second-story man discovers that in life and love there can be a second story.