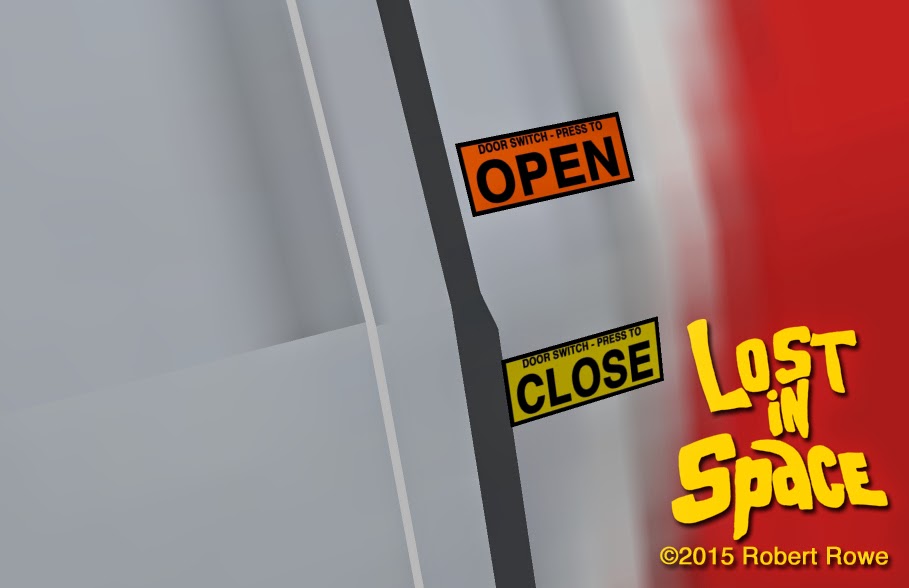 Here are the final details of the Fuel Barge hatch. All of the colors seen in these details were called out on production drawings. The shades were selected based upon the common shades of orange, red, or yellow seen during the series run.

The "open" and "close" buttons were actually called out as painted details. They had no dimension at all and did not glow. The fuzzy edge of the "A"on tank "A-11" is due to the fact that the pattern for this  SketchUp model was created at a much smaller bit size and pasted onto the tank.