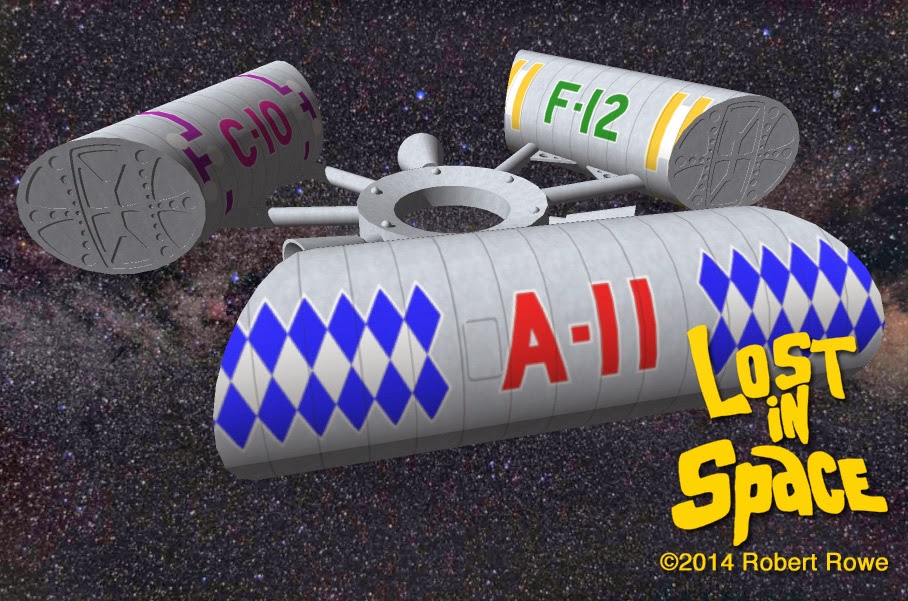 As the eternal Lost in Space fan I can't help but return to the show on occasion to marvel at the wonderful and ever present spacecrafts. This is (fictionally) an American design as opposed to the many alien spacecraft that were seen. It was first seen as a fuel barge in the second season episode "Wild Adventure." Later the same ship would become a weather station in the third season entry "The Haunted Lighthouse."

As a fuel barge the design makes some sense with its three large fuel tanks surrounding a central docking ring. But when depicted as a weather station the eternal problem of an interior too big for the exterior plagued the episode. The supports connecting the tanks to the central docking ring are too small to allow for personnel access. That means that only one of the tank areas could possibly be used as living quarters. Using the Jupiter 2 upper deck for scale means that the stations livable area would be smaller than the upper deck as well as long and narrow. Of course that's not how it was depicted on the show.

But who cares? The episode was entertaining anyway.